In January 2021, Huawei will present its own system software: Harmony OS. Because of alleged safety risks, the VS imposed a trade ban early this year. Although presently the Chinese company is allowed again to do business with the VS, it has now decided to launch its own software. This means that soon you will be able to download apps from the Huawei Store. But to make this happen, all apps had to be adapted. And that is why Huawei contacted Egeniq to discuss a collaboration!

As a result of the American trade restrictions, Huawei can no longer make use of Google Services for its new phones. The current Huawei-phones contain standard services, such as Gmail, Google Maps, and Play Store. Google and Huawei have made license agreements with respect to these services. Given the trade ban, the Chinese phone brand can continue to make use of Android, but without a license. This means that the standard services are no longer included, which is of course far from ideal for the user!

This problem only applies to future Huawei devices. But it is by no means clear for how long the current phones will remain to receive Android-updates. However, issues such as these have never stopped Huawei. After Samsung, it is the largest manufacturer of smartphones, with no less than 105 million shipped devices in the first half of 2020! And this is large enough to present its own version of Google Play: a basic Android version (EMUI 11) named Harmony OS.

A beta version of the Harmony OS has already been released for tablets, auto systems, and smartwatches. The smartphones will follow next year. At the moment, the Huawei store offers about 96,000 apps.

In order to provide the Huawei store with Harmony-OS-proof apps in a short time span, Huawei contacted Egeniq. And as we are always in for an interesting challenge, we whole-heartedly said: ‘yes’. By now, we have been working hard to make the extensive range of apps fully Huawei-proof. We started by adapting the apps of the Dutch lottery. They have now been delivered and are ready to be downloaded via Harmony OS! Next, our team is working tirelessly to prepare the remaining apps for the Huawei Store. Go to our website to find all recent information about our projects. 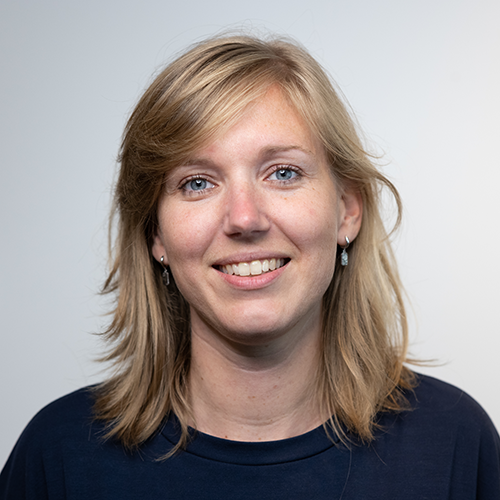 Whenever something needs to be worked out, Jessica has already done it. With a perfect eye for detail, she sees to it that all projects run as smooth as silk. On top of that, Jessica is Egeniq’s marketing specialist.