A deeper understanding of SwiftUI

Apple tried to offer a head start on writing SwiftUI apps by providing us with some very nice looking tutorials. The documentation however is still severely lacking and the framework still seems in full development, noticeable by broken/missing functionality and some pretty big changes in the past betas.

When I started rewriting CameraControl for SwiftUI I quickly ran into issues with some of the built-in functionality, most notable: modal views. Although we did get some incremental improvements during the past few betas the functionality for displaying modal views still seems unstable and lacking in functionality.

So I decided to roll my own solution, as both a learning exercise and as backup if Apple doesn’t fill the gaps in missing functionality before the final release of iOS 13. I’m pretty happy with the resulting BetterSheet library and it also gave me a deeper understanding of SwiftUI. In this article I will share some of my findings.

SwiftUI offers a few ways to provide data to siblings in the view hierarchy. Of course you can pass data to other views during initialisation, however there are two other interesting ways to share data with siblings: environment values and environment objects.

Environment values offer a simple way to pass values/objects down the view hierarchy. SwiftUI offers a wide range of built-in environment values. Some of these are set automatically, others you need to set yourself.

To make the new environment key available you have to create an extension on the EnvironmentValues class:

The environment key has a simple defaultValue property which also implicitly defines the value type.

To retrieve the value for an environment key you can use the @Environment property wrapper:

Because you’ve defined a default value for your environment key, the environment value should always be available. However, you can of course set it to a different value:

Environment objects in a lot of ways work similar to environment values, but the environment key is the object’s class and the class is required to implement the ObservableObject protocol.

Let’s look at an example:

In this example we have a GameState class that implements the ObservableObject protocol (in earlier versions of SwiftUI this protocol was part of SwiftUI instead of Combine and was called BindableObject). We use the new @Published property wrapper to create instance variables for the current game level and score. The @Published property wrapper will automatically trigger the auto-generated willChange publisher from its willSet.

The GameView creates an instance of the GameState class and uses the @ObservedObject property delegate to listen for changes and update the highscore in its view accordingly. However we also make the game state available as an environment object.

Be aware that your app will crash with a fatal error if your view expects an environment object which has not been set!

If you’ve done some experimenting with SwiftUI you might have wondered how view modifiers like navigationBarTitle get their data delivered to the top NavigationView. The answer is: using a preference. Like how environment values and objects let you deliver values down the view hierarchy, preferences let you deliver values up in the view hierarchy.

Later we will look at a technique to prettify / simplify the usage of our preference key.

To listen for preference changes you can use the onPreferenceChange view modifier:

Preferences can be a very powerful tool, but they are mainly useful for generic view components like NavigationView that can contain complex view hierarchies themselves.

Although our custom preference works, the syntax for setting a preference value is a bit convoluted. Let’s improve the API for our preference:

This allows us to set our preference using a simple view modifier:

To use this modifier you need to use the modifier view modifier on your view:

Just as with the preference we can improve on this by creating an extension on View:

After which we can just use the following code again:

As you can see creating a view modifier for a simple preference change is not really useful. You can just write the functionality in the View extension. However, a view modifier also gives you access to environment values and objects and allows you to define your own state, just like for a view. This allows for far more powerful modifiers.

While writing BetterSheet I’ve run into some gotchas when creating and using (my own) view modifiers. The most important one is that if your modifier body function doesn’t change the view hierarchy, it won’t be called!

Now you probably think, why would you create a modifier that doesn’t do anything? Well, initially I tried to present a view controller from a view modifier based on the value of a Bool binding. As the view controller presented a different view hierarchy there was no need for my view modifier to modify the view on which it was called. But SwiftUI is somehow capable of detecting that your function returns the same value as it is passing, without calling the function, so it simply doesn’t call your function at all! Later I learned this wasn’t the correct way of presenting my view controller and I switched to setting a preference instead.

But the story doesn’t end there, some of the built-in modifier functions don’t change your view hierarchy either. For example, if we would create a view modifier that only calls the onPreferenceChange view modifier this doesn’t change the view hierarchy, and as such SwiftUI won’t call our function body. The difficulty here that it isn’t always clear which modifiers change the view hierarchy, and which don’t. So this is something to be aware of when writing your own modifiers!

Although PresentationLink has been deprecated, it is quite easy to create our own version:

This also demonstrates how the sheet modifier is used. You give it a Bool binding and, depending on the value of the Bool binding, it will open a sheet with the destination view.

The sheet modifier comes in two flavors. We already looked at the sheet(isPresented:onDismiss:content:) view modifier, but there is also a sheet(item:onDismiss:content:) view modifier. The latter requires a binding to an optional item value. The selected value will be passed to the destination closure so the destination view can be different depending on the selected value.

The sheet(item:onDismiss:content:) view modifier also supports automatically dismissing and presenting a new destination view if the value changes. However in the current beta of iOS 13 (beta 6) this functionality doesn’t behave the way it should. It currently first updates the destination view for the new value, then dismisses the sheet and then presents the same sheet again. If it behaves that way it could just as well skip the dismiss/present step and simply update the destination view. It would be better if it first dismisses the current sheet and then displays a new sheet with a newly generated destination sheet. This is one of the things I fixed with BetterSheet.

Some other short-comings of the current SwiftUI modal sheet implementation which I tried to address with BetterSheet:

It also uses an item binding to display a different destination sheet depending on the selected item. This can also be done with the normal sheet modifier, however, as mentioned before, it doesn’t behave properly if your value changes when the sheet is still being displayed.

I still hope Apple will address the mentioned issues and add the missing features to the default sheet modifiers before the final release of iOS 13. In the meantime, feel free to use BetterSheet (MIT license). BetterSheet is available both as Swift Package and as pod.

You can find the complete code for the game example used above here. 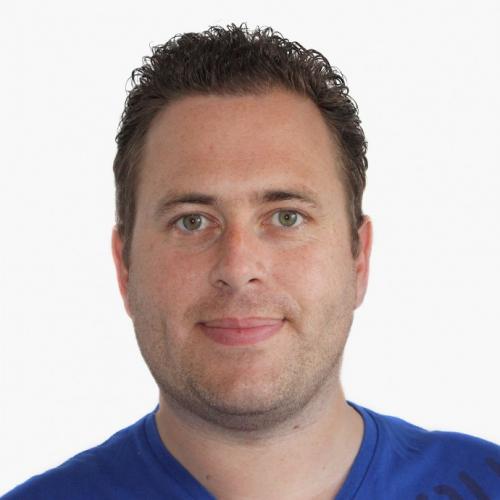 Peter is Egeniq’s technical boss. He is like no other capable of determining the direction of a project and translating it into a stunning end product. He is so experienced that he regularly participates in projects as an architect.